Back In Motion announces international expansion 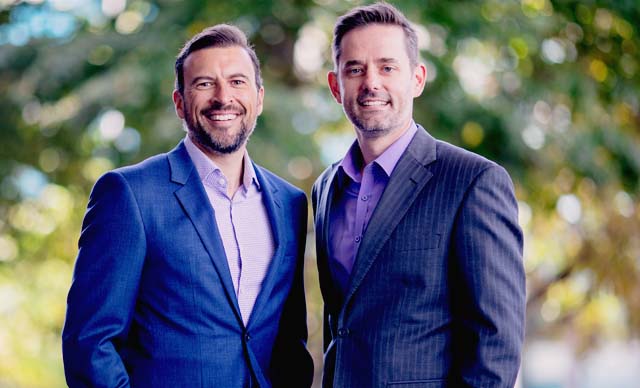 The Group will launch its first four locations in New Zealand in mid-2017 under the brand, Motion Health Group New Zealand.

As Australia’s first and most successful allied health franchise, Back In Motion Health Group has transformed the provision and delivery of physiotherapy services in Australia. The company enjoys an enviable market-leading position in allied health, employing over 600 staff across more than 100 locations in all states and territories of Australia.

As well as providing quality, clinically proven and holistic treatment to 400,000 people every year, Back In Motion provides a platform for physiotherapists to develop their career as clinicians as well as business and community leaders. Practices within the Group consistently grow beyond industry expectation with average practice revenue three times that of the physiotherapy industry average.

“Expanding to New Zealand is an amazing opportunity for Back In Motion and is a direct result of our ability to grow in response to consumer and practitioner needs, continually innovating our franchise model, as well as the success and commitment of our franchisees,” Mr Hilson said.

“Together with Andy Ross, we aim to reinvigorate the delivery of health and wellbeing services in New Zealand just as we have in Australia.

Back In Motion Group Director Jason Smith said the move into New Zealand hailed a new era for Back In Motion allowing the Group to capitalise on new opportunities for influence and growth.

“We are a unique success story and we pride ourselves on our philosophy of care Results4Life® which focuses on providing sustainable results for optimal lifelong health,” Mr Smith said.

“We encourage any practitioners in New Zealand interested in franchise opportunities to get in touch for a confidential discussion. Take advantage of the opportunity to get on board!”

Motion Health Group will officially launch in New Zealand mid-2017 with four locations in Auckland, with the network expected to expand across the country in the coming years.

Practitioners interested in franchise opportunities in New Zealand can contact Andy Ross on 021767752 (dial 001164 if calling from Australia).

About Back In Motion Health Group

From a humble practice in Wantirna, Melbourne in 1999, Back In Motion Health Group’s success has seen it grow to more than 100 locations in seven states and territories across Australia. The Group’s mission is to deliver optimal lifelong physical health to members of the community through physiotherapy, massage, Clinical Exercise and related services.

Andy Ross is a physiotherapist and has been the successful Director of PhysioOne – a network of five practices in Auckland - for more than 13 years. He completed his Bachelor of Health Science (Physiotherapy) in 2004 and has since gone on to complete his Masters in Musculoskeletal Physiotherapy specialising in spinal manipulation and western acupuncture. Andy has an extensive knowledge of sporting injuries having competed internationally in Judo for many years. In 2002 he qualified for and competed at the Commonwealth Games in Manchester. Andy has acted as Team Physio for the Junior Kiwis Rugby League Team, the Junior All Whites, NZ Judo and many other national sports teams.