Meet Olympic Athlete and Back in Motion Physiotherapist: Dave McNeill 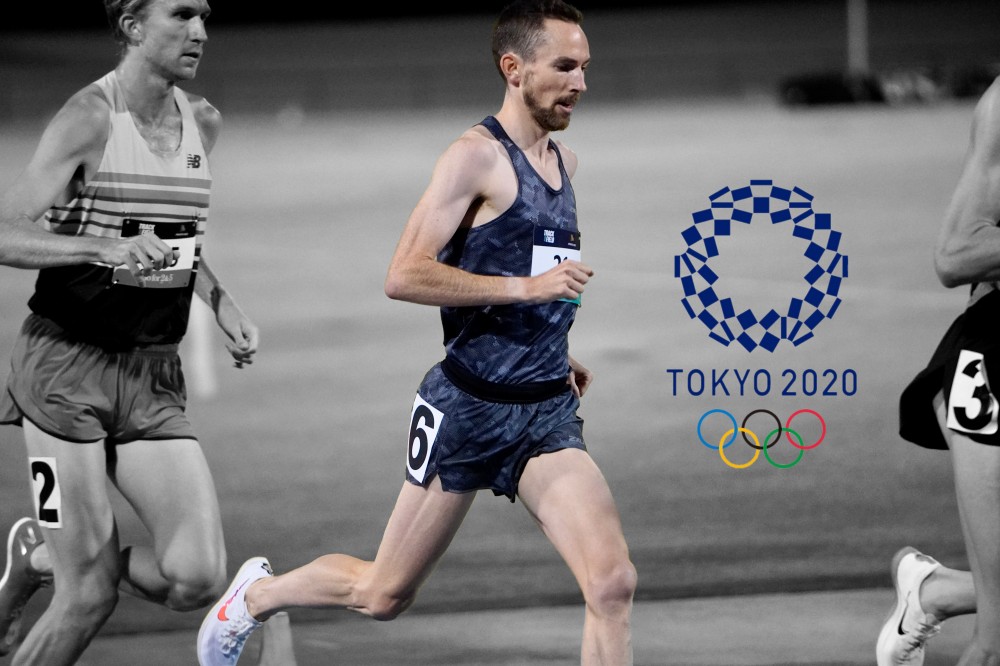 Representing your country at the Olympics is a lifelong dream for almost every athlete. To get the call up three times - that’s a feat not many have on their resume.

Australian Olympian and Back In Motion Blackburn Physiotherapist, Dave McNeill, has had the opportunity to run in the 2012 London Olympics, 2016 Rio Olympics and is currently representing Australia at the 2020 Tokyo Olympics in the 5KM athletics race.

Whatever your athletic dream - there will always be wins, losses and setbacks. Dave is all too familiar with these as he’s fought through injury to reach the highest points in his career.

We caught up with Dave to speak about his journey, Olympic preparation and how being a professional physiotherapist has influenced his approach to injuries, training, and recovery.

Tell us a bit about your journey as an athlete and how you got to where you are now:

Upon finishing high school, a friend from my running club – Julian Marsh – became a bit of a mentor and along with my first coach Tom Kelly, nurtured my journey through the ranks.

What were some of the challenges along the journey?

When you’re competing at a national and international level, injuries are part and parcel of the journey. You don’t get to this level without occasionally traversing the knife’s edge between health and injury. I’ve had numerous bone stress injuries over the years but with each injury, I learnt a little more about my limits and how to manage and adapt training to maximise the time I spent healthy and up on my feet. It was through these challenges that I was introduced to the physio profession, and through whom I met my now boss and dear friend, Simon Holt.

Alongside the challenge of injuries has been the challenge to find a sense of balance in life; for all the highs I’ve enjoyed, I have experienced 10x more lows. Those lessons have taught me resilience and have also shown me the value of having some balance in life outside of running.

Tell us about how you are prepping for your third Olympics? Are you doing anything differently from a training and preparation perspective?

I took some time away from work at Back In Motion Blackburn starting in April to focus my attention on training and racing. In May I jetted off overseas to compete on the European circuit and from there, I travelled to Tokyo.

Most of what I’ve done this year from a training perspective hasn’t changed. I’m doing the same training that I have been doing for the last 6-7 years. It’s not rocket science, however I am older and I don’t recover as well as I used to.

So my training volume is less than previous years, which has allowed the quality to remain. I had to find a new sustainable level of training to facilitate that consistency.

Rather than setting a goal of going to the Olympics, I set the goal of running personal best times this year. I prioritised balance between work and training, and I am so thankful for the Back In Motion Blackburn team supporting that.

Tell us about your journey as a Physiotherapist and your Back In Motion Blackburn Story.

My physiotherapy journey has gone full circle. I first started my physio degree at LaTrobe Uni way back in 2005, before abandoning it halfway through for an opportunity to take up a sports scholarship at an American university.

That experience spring-boarded my athletic career and when I eventually moved back to Australia after 7 years in the U.S. and I needed a physio to help keep me up on my feet and running. That’s when I met Simon Holt at Back In Motion, Blackburn.

He had such an impact on me – not only keeping me healthy, but nurturing a love for the profession, which inspired me to go back and complete my physio degree after the 2016 Rio Olympics. Simon has become a very close friend over the years and has continued to support me not only as my physio, but now as a professional mentor, and I’m so grateful to be working at Back In Motion Blackburn. He has put together such a beautiful ensemble of physios and support staff that make it a pleasure to work there.

How does being a Physiotherapist influence your training and recovery?

It has probably eased my anxiety around how I manage training load and niggles.

As athletes, we often over-complicate how we manage injuries, but I’ve been fortunate to learn professionally from some of the best physios in the world that performance, injury and load management isn’t that difficult. Sometimes, an injury is just your body screaming out for some rest – not necessarily a complicated biomechanical deficiency (although certainly, sometimes it is this!).

Working as a physio has also taught me that load is load – no matter whether it comes from a hard run, a full day on your feet at the clinic, a late night catching up on notes after work, or hours sifting over PD content. My life as an athlete and my life as a physio don’t occur in separate vacuums.

So, if work has been long or stressful, I’m careful to take my training a bit easier, or give myself some extra recovery time. 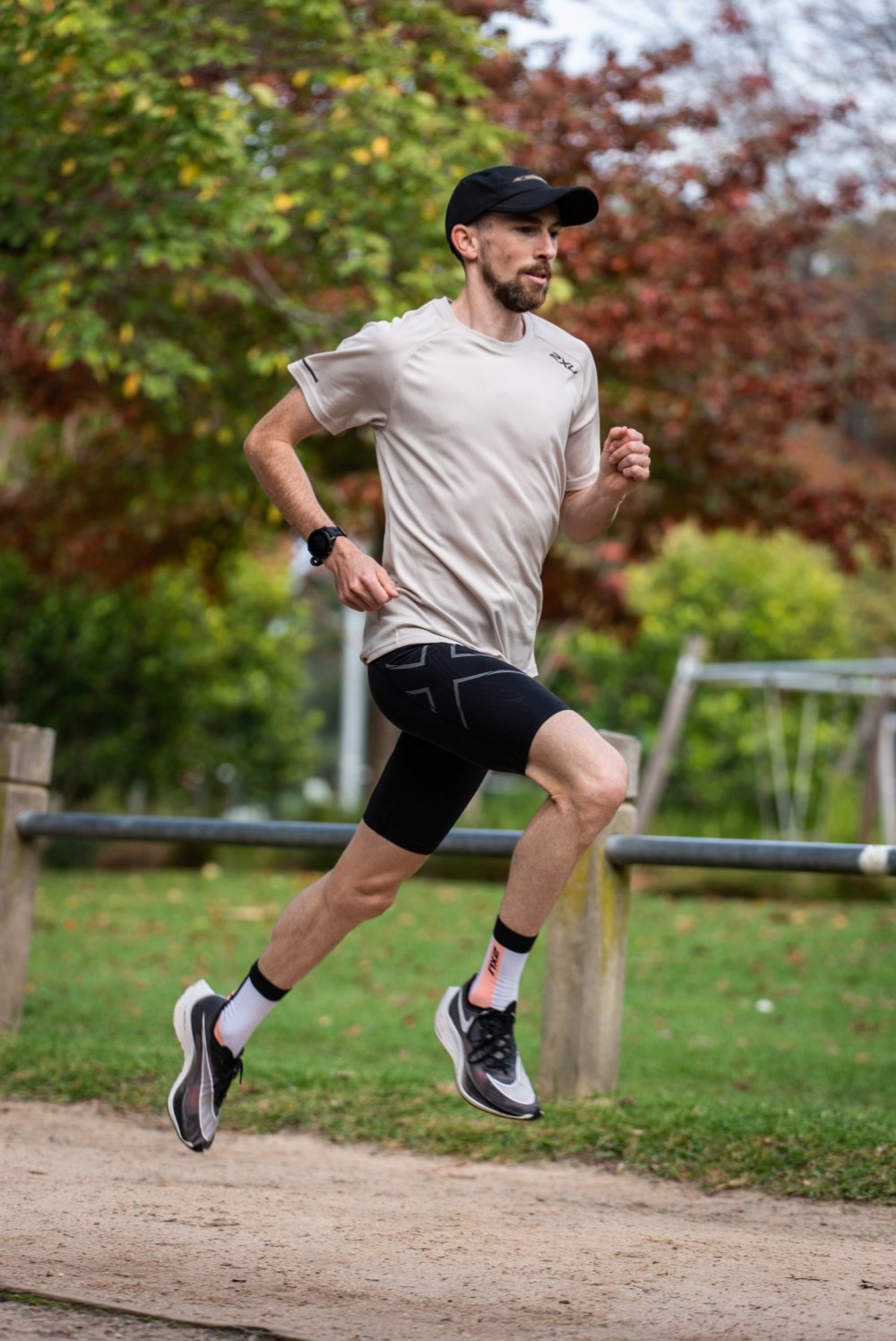 How has your career as a professional athlete influenced the way you approach treatment for your clients?

I always joke (but not really) that my journey to being a physiotherapist really just involved a 15-year apprenticeship as an athlete, with a short stint in school at the end to formalise it.

No matter who is in front of me, pain and injuries come about because we subject a tissue to more load than it is capable of handling. To overcome that we figure out:

The overall formula is the same no matter if you’re an Olympic athlete, or someone with a sore neck from too long in front of the computer. But I think life as an athlete has shown me that in order to see results, you need goals, and the process has to be meaningful and enjoyable. I ask clients about their goals, and I ask about what they enjoy, and I see if we can combine the two in addressing the injury that brought them to me.

Do you have any final tips for athletes chasing their dreams while managing injuries?

My parting advice would be kind to yourself. Injuries can become a source of great anxiety and can often negatively impact our mood and outlook. The first and best thing you can do when faced with injury is to take a few deep breaths.

Healing starts with 2 things: Rest and getting some oxygen in through your lungs.

It might seem strange coming from a physio, but even a physio must respect the fundamentals before we get too carried away with diagnoses and treatments.

Surround yourself with people that make you smile and invest your time an energy into an alternate activity (to the one that got you injured) that makes you happy. Any treatment and rehab is going to be far more effective if we first nurture our frame of mind and fortify our mental energy for the journey ahead - from a place of injury to the next start line, or the next centre-bounce.