Run Away From Knee Arthritis | Back In Motion

COVID19 - A message to our clients

As the COVID19 landscape is evolving, we would like to reinforce that we remain open at this time. The government recommendations and new restrictions still allow for you leave your home to attend medical and/or health appointments, this includes Physiotherapy.

Enhanced measures for your safety

Your health matters to us, so we have implemented enhanced measures in our practices to ensure that we are able to keep our doors open to help those in pain and in need of Physiotherapy treatment.

The current changes in place include: 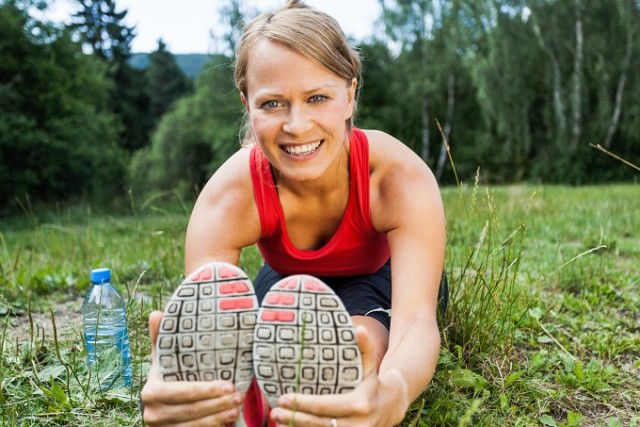 If you ask someone if they want to significantly reduce their chances of developing knee arthritis in their lifetime, the answer is usually a resounding yes.

You may be surprised to learn that running is one of the best ways to keep your knees in optimal condition. That’s right, despite the common misconception that running will ruin your knees, the available evidence actually indicates quite the opposite.

A large number of studies have demonstrated a reduced incidence of knee osteoarthritis (OA) in regular runners compared to the general population. Osteoarthritis is a degenerative joint disease that affects the joint cartilage and can also be considered natural wear and tear of the joint.

In one long-term study by Stanford University, researchers have been monitoring 45 runners and 53 non-runners for signs of knee OA since 1984. The latest results published in the American Journal of Preventative Medicine show that 32 per cent of participants who are non-runners developed increased signs of knee OA compared to only 20 per cent of participants in the running group.

But I'm not an elite runner

One possible issue with this and other studies is something called selection bias - perhaps the runners studied are a particular sub-group of the population that are not prone to damaging their knees while running and therefore drawn to the sport.

A recent multi-centre study by a team in the USA called the Osteoarthritis Initiative has attempted to address this by intentionally recruiting their subjects from the general community rather than from an elite running background. They concluded that “non-elite running at any time in life does not appear detrimental and may be protective of OA”.

One key factor that is thought to reduce knee OA in runners is their, on average, lower body mass index (another great reason to run!) The USA study accounted for this, demonstrating that in two people with the same BMI, the runner would be less likely to develop knee OA than the non-runner.

Ask your physio for advice

Now knowing all this is still not to say that running is for absolutely everyone and there are, indeed, some people for whom running may be detrimental. Your physiotherapist is well placed to advise you on an individual basis.

However, next time you are sitting around the dinner table and that non-runner asks you if you’re concerned about the damage running may be doing to your knees, you can reassure both them and yourself that along with the multitude of other benefits from running the opposite may in facet be the case!

Want to get back into running? Learn how to start running again by visiting our blog.

Simon Holt - Practice Director and Physiotherapist at Back In Motion Blackburn

Simon is the Practice Director at Back In Motion Blackburn. Having worked for many years both in Australia and the UK and as a runner himself, he has keen interests and experience in treating all types of running injuries.